Where Will The Jobs Be? – Even Waiters Are In Jeopardy; High School Graduates Really Do Have Fewer Places To Work First Friday Book Synopsis

The book is # 1 on two Amazon.com sub-categories, and has also appeared on the prestigious New York Times best-seller list.  As you are aware, we rely heavily on that list as the source for our selections to present at the First Friday Book Synopsis in Dallas.

Here is how the book is described on Amazon.com:

“Radical Candor is a simple idea: to be a good boss, you have to Care Personally at the same time that you Challenge Directly. When you challenge without caring it’s obnoxious aggression; when you care without challenging it’s ruinous empathy. When you do neither it’s manipulative insincerity.

“This simple framework can help you build better relationships at work, and fulfill your three key responsibilities as a leader: creating a culture of feedback (praise and criticism), building a cohesive team, and achieving results you’re all proud of.

“Radical Candor offers a guide to those bewildered or exhausted by management, written for bosses and those who manage bosses. Taken from years of the author’s experience, and distilled clearly giving actionable lessons to the reader; it shows managers how to be successful while retaining their humanity, finding meaning in their job, and creating an environment where people both love their work and their colleagues.” You may not be familiar with Kim Scott.  She was an executive at Google and then at Apple.  Kim is also the co-founder and CEO of Candor, Inc., which builds tools to make it easier to follow the advice she offers in the book. She is also the author of three novels.  Prior to founding Candor, Inc., Kim was a CEO coach at Dropbox, Qualtrics, Twitter, and several other Silicon Valley companies. She was a member of the faculty at Apple University, developing the course “Managing at Apple,” and before that led AdSense, YouTube, and Doubleclick Online Sales and Operations at Google.  Previously, Kim was the co-founder and CEO of Juice Software, a collaboration start-up, and led business development at two other start-ups, Delta Three and Capital Thinking.  Earlier in her career, she worked as a senior policy advisor at the FCC, managed a pediatric clinic in Kosovo, started a diamond cutting factory in Moscow, and was an analyst on the Soviet Companies Fund. Kim received her MBA from Harvard Business School and her BA from Princeton University. Kim and her husband Andy Scott are parents of twins and live in the San Francisco Bay Area.  (Adapted from her website:  http://www.kimmalonescott.com/biography/).

We have determined that we will feature this book for the May, 2017 book synopsis in Dallas.  Continue to monitor our website for information. 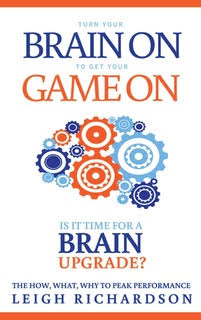